It’s that time of year again. Here are my five favorite literary books that I read in 2015 (they weren’t published in 2015, these are just of the books I read this year).

This book’s weird. And really, really creepy. An accordion edition, the book alternates between the author’s fragmentary memories of her deceased brother and dictionary definitions that develop the theme of grief. The book’s title is the Latin word for “night.” Thoroughly haunting, this book takes about an afternoon to read. What an experience, though. You’ve never read a book like this, and you probably never will again.

The classic play has a lot going for it. Mostly in that so many lines have become immortal in popular culture, shaping our interpretation of Caesar’s assassination to this day, despite its poetic license. “It was Greek to me,” “Et tu, Brute?,” “the ides of March,” “the fault, dear Brutus, is not in our stars,” etc. Julius Caesar’s egomaniacal way of talking about himself in the third person is kind of funny, as well as trying to parse the purpose of the random scene of an angry mob killing a poet who shares the name of one of Caesar’s murderers. Brutus and Cassius’ mocking of a Mark Antony who is Caesar’s lap dog is amusing, at least until Antony proves himself the much better orator. Very worth reading, especially because you’ll find a famous quote on nearly every page.

You may know Donna Tartt from her Pulitzer Prize-winning The Goldfinch, but her first novel, The Secret History, is well worth reading. Concerning a snobby group of classics students at an elite liberal arts school in Vermont who murder one of their friends (that’s not a spoiler, it’s on the first page), The Secret History is a book of intrigue told as a confessional. After the crime occurs, the story takes on the tone of The Postman Always Rings Twice as the guilty try to avoid being caught. While the ending is less than satisfactory, transitioning into melodrama over trademarks of crime fiction, The Secret History is told in gorgeous prose and for the most part, unputdownable. A great read. 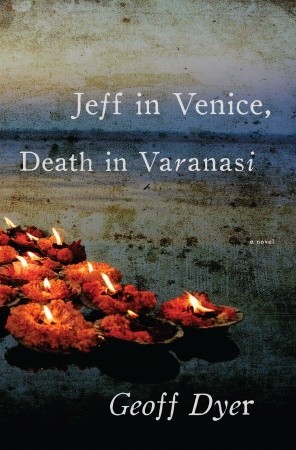 2. Jeff in Venice, Death in Varanasi by Geoff Dyer, published 2008

This book, split into two novellas, concerns a journalist named Jeff as he seeks love at the Biennale in Venice, and a man who may or may not be Jeff seeking spiritual awakening in the Indian city of Varanasi. The fact that Jeff may be Geoff (Dyer) adds other layers to this wordplay, (the title is inspired by Thomas Mann’s Death in Venice). The party-hopping and escapades in Venice are hilarious and exhilarating, while the scenes in India are just as funny, but with added weight. If you like beautiful writing with a lot of energy by a master storyteller, then this book is for you. 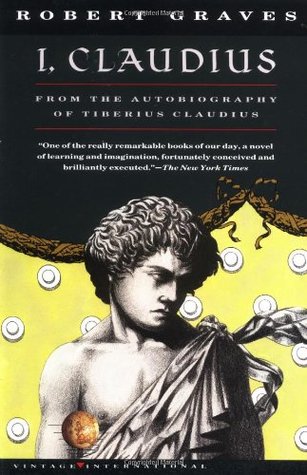 What if Game of Thrones, was, for the better part, a true story? I, Claudius is part one of the fictional autobiography of the fourth Roman emperor, Claudius, whose sickly demeanor and stammer helped him survive the purges of his predecessors – Augustus, Tiberius and Caligula. Claudius, as an aspiring historian, narrates these events, which are mostly pulled from the historical records of Suetonius and Tacitus. The book functions well as a novelized form of the first three emperors, and how the empire was mostly run by Augustus’ wife Livia. Filled with more intrigue and assassination plots than Game of Thrones, the book also meditates on the nature of history through Claudius’ conversations with Pollio and Livy and narrates the action of the legendary Roman defeat at the hands of the German leader Herman. Populated by memorable characters such as Livia, Caligula and Germanicus, the book ends on a triumphant note as Claudius accidentally ascends to the throne – his own reign reserved as a story for the sequel, Claudius the God. I, Claudius is a classic of historical fiction and served as the template for many other works, such as Memoirs of Hadrian and Wolf Hall.