While Ray Bradbury is better known for science fiction, this collection of interrelated short stories chronicles the summer of 1928 in fictional Green Town, Illinois, the setting of Bradbury’s more famous Something Wicked This Way Comes. Whereas the aforementioned novel is a touchstone of American horror, Dandelion Wine is quintessential Americana. This is the romanticized America of the “Good Old Days.” The king of nostalgia, Dandelion Wine is an important work in the American canon. 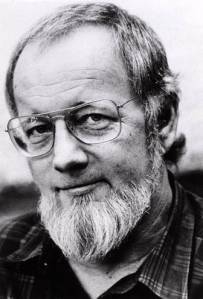 Donald Barthelme’s satirical take on a literal “city of churches” is bizarre, hilarious, and revealing. The close-mindedness of a small town and the individuality of the protagonist describe twin aspects of the American character. One of our greatest satirists, Donald Barthelme’s “A City of Churches” is one of his greatest stories.

3. “The Diggings” by Claire Vaye Watkins, 2012, published in the collection, Battleborn

Claire Vaye Watkins’ atmospheric take on the California Gold Rush is mesmerizing, witty, and chilling. The quest of two brothers to find gold in California features a bear-fight, stoic Chinese miners, and vision-like “auguries.” Playing up genre tropes to great effect, Watkins makes the West seem all her own.

2. “That Evening Sun Go Down” by William Faulkner, 1931, available for free here: http://poetry.rapgenius.com/William-faulkner-that-evening-sun-go-down-annotated 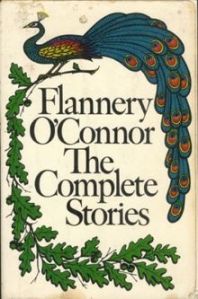 Similar in tone to The Sound and the Fury is Flannery O’Connor’s “Greenleaf,” which also chronicles the decline of a once-great family. When a bull appears in the yard of an older woman, she goes on a quest to get ride of it. Fate, and her alienation of her relatives and neighbors, intervenes. Chock-full of symbolism, Greenleaf is stunning and the perfect firework to end your Independence Day reading binge.