What a summer it’s been. In less than three months, Expedictionary has racked up over 800 views. It’s been my pleasure writing about such disparate topics as blockbuster films and urban planning. But I’m going to college this week. This blog will return to regularly scheduled programming in June 2014, but expect occasional posts throughout the coming year.

For now, I leave you with this: 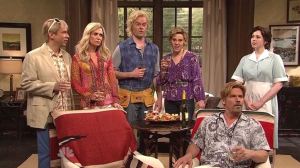 There’s a Saturday Night Live sketch that spoofs a soap opera set in Southern California entitled “The Californians.” In the skit, the actors spout ridiculous surfer-dude accents, all the time too preoccupied with their appearances, and most notably, the driving directions that dictate Angeleno freeway culture. (To watch: http://www.nbc.com/saturday-night-live/video/the-californians/n13474/)

Many of my friends from the Mid-Atlantic didn’t think much of the parody. But as a California transplant, I found the skit hysterical. Granted, the accents and the narcissism are outlandish caricatures; the majority of people do not behave that way (we like to hope). But the obsession with driving absolutely rings true.

Discussing directions is the lingua franca of Los Angeles. In a city defined by freeways, traffic, and concrete-jungle sprawl, logistics are the one thing by which people can relate.

Ask for directions in the Mid-Atlantic, however, and people just stare at you. They don’t really know how to react. Given the proximity to D.C., Marylanders and Virginians know how to talk politics. The culture, like most things, depends on the geographical situation.

Having been a resident of both coasts, I can say that I’m relatively familiar with such cultural nuances. Like a hint of nutmeg or cinnamon, these minor differences characterize a region, helping to contribute to the sense of place that can be so easily forgotten in the midst of cookie-cutter housing developments and endless parking lots.

Wherever I travel, I always seek to discover the regional culture’s spice. In Santa Fe, it was the ancient blend of the indigenous, the Spanish, and the Catholic—best epitomized by the pueblos, jewelry stores, and churches on every corner. In Madison, Wisconsin, it was the German and Scandinavian culinary influences—the bratwurst, the beer, and the cheese that defined the landscape. In Kentucky, it was the preoccupation with aristocratic horse-racing culture, bourbon, and basketball. On North Carolina’s Outer Banks, it was seasonal tourism under the backdrop of a thousand years of interactions between Native Americans, explorers, and pirates.

But it’s best to be aware of these cultural differences—they are the flavors that make America great—and endlessly interesting. Contrary to what the national news programs based in New York would tell you, the United States is not one homogenous body. It is as diverse as it is immense: it is a unification of many cultures united in a mishmash of ideals reflecting democratic and republican government—in some ways its collection is accidental—and its borders are more permeable than permanent. As Colin Woodard states in his book American Nations: A History of the Eleven Rival Regional Cultures of North America, an elaboration of some of the ideas in Joel Garreau’s The Nine Nations of North America, there is not one culture in the United States, but several. They are stateless nations hopelessly confused in a series of lines that give us names like Tennessee, Missouri, and Oregon, when in fact they are distinct nations established by a founding population. The residents all come to share the same cultural characteristics, as immigrants assimilate to the existing nation.

In his book, Woodard names these various nations. There’s New Netherland, made up of New York City and New Jersey, established by the Dutch to become a cosmopolitan center of trade and culture. Tidewater consists of Virginia and North Carolina—bastions of Jeffersonian estate aristocracy. The Deep South (or the first Confederate states to secede) is the highly stratified plantation aristocracy similar to European island colonies of Cuba and Haiti. Greater Appalachia drives across the South and Midwest, full of rugged individualists and people eager to fight for their rights and for their country. The Midlands is the area settled by Quakers, the most accepting of diverse groups and the most pacifist, including Pennsylvania but also  much of the Midwest and Canada. New France includes Quebec and New Orleans. El Norte consists of the Southwestern states that share the border with Mexico, increasingly defined by their resurgent Latino culture. The Left Coast of California, Washington, Oregon, and British Colombia is defined by its liberal and environmental values. The sparsely populated Far West consists of states such as Wyoming, Utah, Montana, and Nevada, defined by a deep distrust of corporations and the government, the entities which own most of the land. Yankeedom best epitomizes New England and the Rust Belt. First Nation exists in Northern Canada, the last stronghold of Native American culture.

While that’s a lot to digest, I hope you take the time to consider your cultural landscape, whether that’s in North America or abroad. I found American Nations fascinating and highly readable; I recommend you pick it up and give it a shot.

When I go to college, I hope to discover a whole new place, one that I will fully absorb and in turn absorb me. Of course, the baggage of my various residencies will follow me wherever I go, like a trail of breadcrumbs. But I’ve been lost for far too long. Like “The Californians,” I seek directions for wherever I go, but the journey matters more than the destination. College can be considered a destination, but it is also a journey, a voyage that wades the unknowns of adulthood, prepping the vessel for a fabled expedition across a turbulent sea not unlike Odysseus’ Aegean or Cook’s Pacific.

And as I set sail for the spices, I sniff the breeze. There will be many stops along the way.

And the first is New Jersey.